ADMISSION INTO BASIC EDUCATION: LAGOS TO MEET WITH RELEVANT STAKEHOLDERS ON PROPOSED GUIDELINES 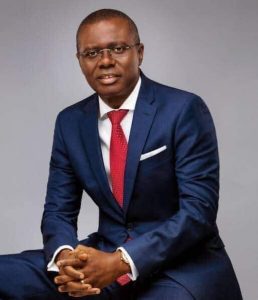 The attention of the Honourable Commissioner for Education, Mrs. Folasade Adefisayo has been drawn to a write up being circulated on media space about a decision purportedly reached regarding the admission of under aged pupils into Junior Secondary Schools in Lagos State.

This is to affirm that the Education Ministry has indeed received concerns from various Stakeholders regarding this subject. As a consequence, meetings were held with various stakeholders and correspondence and minutes exchanged.

However, no decision has been made and no Circular has been put out for implementation. It is pertinent to state that the subject was already under review in the Education Ministry and has been a matter of great concern to the Administration.

Furthermore, the expected years of schooling at each level of education are entrenched in the National Policy on Education. The adverse effects of non-completion of the Primary School Curriculum and being rushed into Junior Secondary School before physical, mental, emotional and social maturity of children is well-researched and documented. Education is not only cognitive; other aspects must also be given due attention and consideration in order to produce a whole and functional youth who will be able to function effectively in the 21st Century.

Adefisayo disclosed this in a statement issued from her Office on Tuesday, while stating that meetings already scheduled with various categories of Stakeholders such as Executives of Private Schools’ Associations and Parent Bodies, Office of Education Quality Assurance, State Universal Basic Education Board, Lagos State Examination Board, ANCOPPS,NUT among others which is in furtherance of the Administration’s spirit of inclusivity and wide consultation had to be postponed due to the exigencies of the State’s response to the COVID-19 Pandemic. The meetings were proposed to enable the State Government solicit the cooperation and participation of all Stakeholders in the rigorous implementation of the National Policy on Education in the State. The Public is hereby assured that as soon as normalcy returns, these meetings will be held, and details of the State’s final position on the matter will be made available to all Stakeholders, both digitally (online) and in hard copy through the State Media Platforms.

Finally, Adefisayo stressed the importance of not putting the cart before the horse. As mentioned, there have been outlined concerns on this matter and all issues raised will be discussed and follow proper due process before implementation.

Another big achievement for Otunba Yemi Lawal as Alake of Egba Land honour him —–Scopenews.com.ng

#EndSars Protest Saga !!!! Omoyele Sowore, Rt Hon Mudashiru Obasa IN WAR OF WORDS OVER ATTACK ON PROTESTERS IN LAGOS — You...

ONLINE EDITOR - September 13, 2020
BY ; BAm ADE   Ibadan. Sunday, December 23 2001. Its evening and I am attending to patients in my hospital, Cornerstone Medical Centre located in...

NEWS ALERT ; A Nationalist and Afenifere Leader dies at 94 years..…....

ONLINE EDITOR - June 1, 2020
By ; BAM A (CHAIMAN, COUNCIL OF WORLD EX-PRESIDENTS) ON ADESINA SLAVERY IS ALIVE AND KICKING About 90% percent of the world's cocoa is produced by ivory...

ONLINE EDITOR - June 1, 2020
By ; BAM A   At a time Nigeria seems to be wondering in wilderness of political, economical and social blindless occassioned by over half a...

ONLINE EDITOR - May 27, 2020
By ; Bamigbala Adekola Scopenews.com.ng   A veteran Journalist Lanre Alfred is a Nigerian celebrity journalism practitioner, businessman author and publisher of The Capital, and owner of...

ONLINE EDITOR - May 16, 2020
By ; Bam A Scopenews.com.ng The Governor Fayemi led government of Ekiti state, Nigeria has approved the appointment of Prince Adekunle Adeagbo from Ile-Iyaba Ruling House...