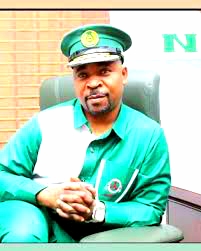 The act of giving is divine and those who gave are referred to as Philantropist .. Many people and personalities are in these category but Lagos State Chairman of NURTW Alhaji Otunba Musiliu Akinsanya MC OLUOMO is peculiar ,to those who are close to him and scopenews  conversant with is style giving attributes and supporting the needy masses he does not discriminate against any one or religion he had supported several Christian Clergies and Churches ,Mosques , traditional worshippers alike and he his not tired .

The latest was when MC OLUOMO called in on a Muslim programme on WAP TV when a Ten years Old boy named Adamu Mustapha when he recited Three different Quranic Versus without any mistake ,  MC Oluomo called and gave the Boy #2 thousand dollars and several others donated too ,but the biggest donor is MC OLUOMO ..

What’s a gesture to emulate , thankful we say ….MC OLUOMO