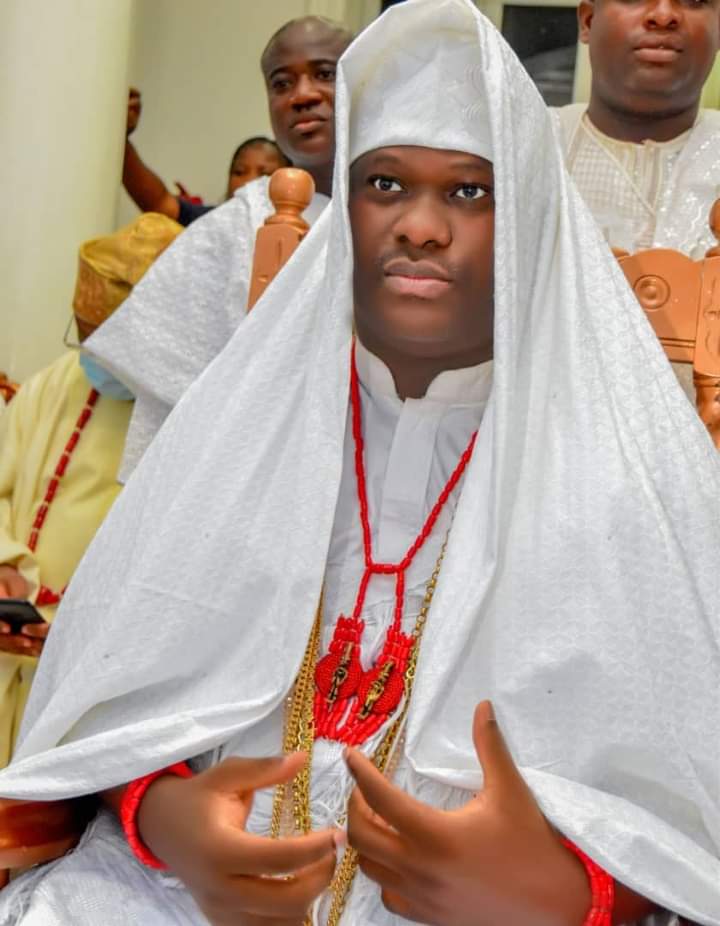 The ruling class and traditional rulers are simile in names but in real facts there are two different people and class one is a timely class while the is naturally un timed First an instance A State Governor crown’s a King ,Emirs ,Obi’s and in a Local government  an executive Chairman 👑 crown’s Kings too ,but a King last Longer on throne than elected governments officials from Federal , State to Local government level .

The Arole Oduduwa and Ooni of Ife, Ooni Oba Adeyeye Enitan Ogunwusi Ojaja II, has condemned the recent midnight attack in Igangan town, Oyo State by some suspected criminal herdsmen, during which many lives and properties were lost,

This was contained a press statement released on Monday by Director of Media & Public Affairs at the Ooni’s Palace, Comrade Moses Olafare.

Ooni Ogunwusi who blamed the successful perpetratelion of the Invasion on negligent management of security Intelligence described the attack as devilish and provocative, adding that such dastardly acts if allowed to continue unbated will ruin the unity and prosperity of Nigeria.

“So worrisome is that there was a tipoff recently by Oyo State Chairman of Amotekun Security Corps, Gen. Ajibola Togun (rtd)
recently raising the alarm that some foreign Fulani herdsmen and bandits of Tuareg extraction have perfected plans to invade communities in South-West.

Such an attack in which victims credibly traced some perpetrators from a particular section of the country is capable disintegrating this country. That is why those behind it must be smoked out of their jungles and dealt with accordingly.

“There is no better time for robust security measures than now because security of lives and properties of Nigerians is the basis upon which government is being constituted.

“We Yorubas are disciplined people and law abiding but not fools. We are prepared to defend ourselves without resorting to anarchy.

The African foremost monarch who is the natural head of the Oduduwa race worldwide said the Invasion is a height of criminality which must not go without strong consequences for the perpetrators.